Guruparv is known as Guru Jayanti And Guru Nanak Ji’s Prakash Utsav.it is one of the most relevant festivals for people who follow Sikhism and is celebrated on the birth anniversary of Guru Nanak Dev, who is the creator of Sikhism.it it is considered to be one of the holiest festivals and celebrated with a lot of devotion and reverence

The 550th birthday of Guru Nanak Dev will be recognised on 12th Nov 2019. This holy festival is celebrated on the day of Kartik Poornima or pooranmashi which is the full moon day of Kartik month, according to the Hindu calendar.

You May Also Read: The BJP-Shiv Sena Current Stand-Off in Maharashtra

The preacher of peace and servicing and the founder of Sikhism, Gurunanak Dev was born on 15th April 1469. He was born in a village named Rai Bhoi di Talwandi, near Lahore, Pakistan. His teachings are preserved in the holy texts of Guru Granth sahib and a gurdwara was built on his birthplace and the city was popularly known as Nankana sahib. He wrote 974 hymns in the holy book Guru Granth Sahib. Some academics and management considered that the Guruparb was celebrated, on April 14, on the day of Vaisakhi. But, people choose to continue the celebration on the day of pooranmashi or kaartik purnima. 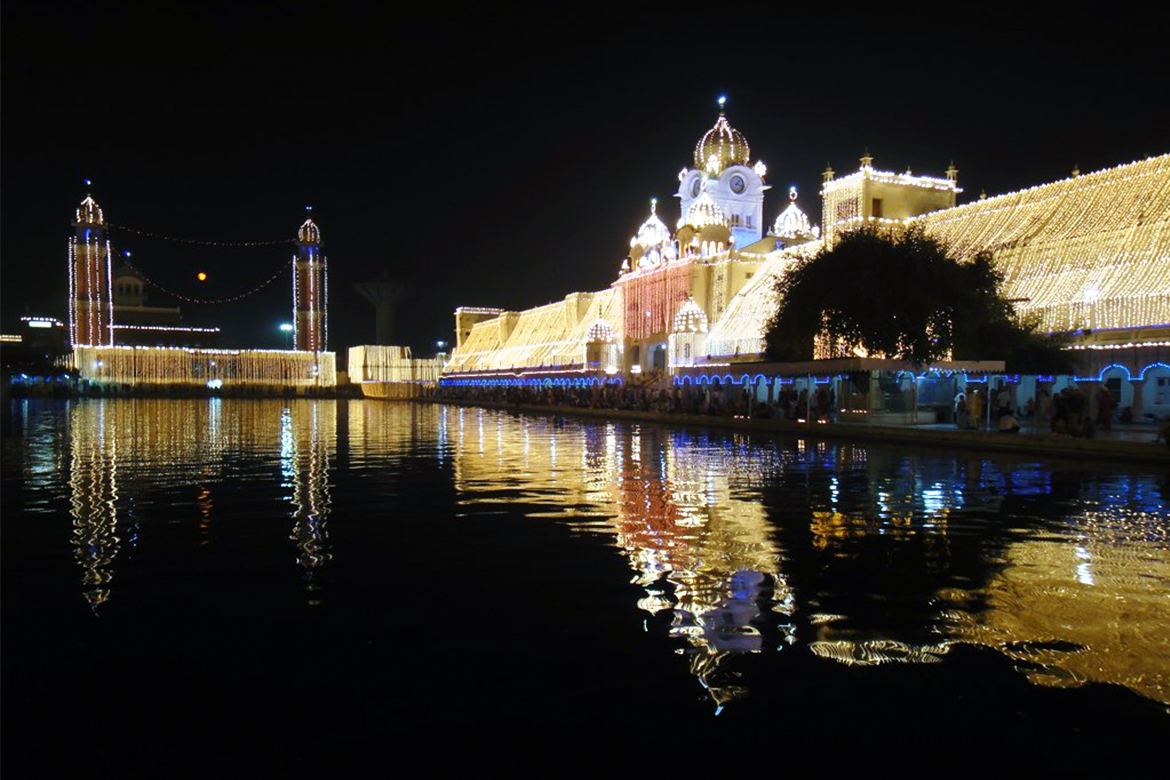 In Gurudwaras, the celebrations start two days prior to the day of Guru Nanak Jayanti. Akhand Path, a 48 hour non-stop recitation of the Guru Granth Sahib is held in previous 2 days. Nagar Kirtan is formulated on a day before Guru Nanak dev Ji’s birthday. In this cortege, the 5 men commonly known as Panj-Pyare, holding the Sikh triangular flag.

People sing hymns and play traditional musical instruments and also represent their skills. The streets are decorated with flowers and Rangoli on this day. The celebrations are generally for all Sikhs; only the hymns are different. The celebrations usually commence with Prabhat Pheris. Prabhat Pheris are early morning processions that begin at the Gurudwaras and proceed around the localities singing hymns.generally, two days before the birthday, Akhand Path is held in the Gurudwaras.

You May Also Read: What led to a clash between Delhi Police and the lawyers Inside Tis Hazari?

The day prior to the birthday, a procession, referred to as Nagarkirtan, is organised. This procession is led by the Panj Pyaras (Five Beloved Ones). They head the procession carrying the Sikh flag, known as the Nishan Sahib and the Palkisof Guru Granth Sahib. They are followed by teams of singers singing hymns[and devotees sing the chorus. There are brass bands playing different tunes and ‘Gatka’ teams display their swordsmanship through various martial arts and as mock battles using traditional weapons. The procession pours into the streets of the town. The passage is covered with banners and gates are decorated flags and flowers, for this special occasion. The leaders spreading the message of Guru Nanak. The celebrations are generally for all Sikhs; only the hymns are different. The celebrations usually commence with Prabhat Pheris. Prabhat Pheris are early morning processions that begin at the Gurudwaras and proceed around the localities singing hymns.generally, two days before the birthday, Akhand Path is held in the Gurudwaras. 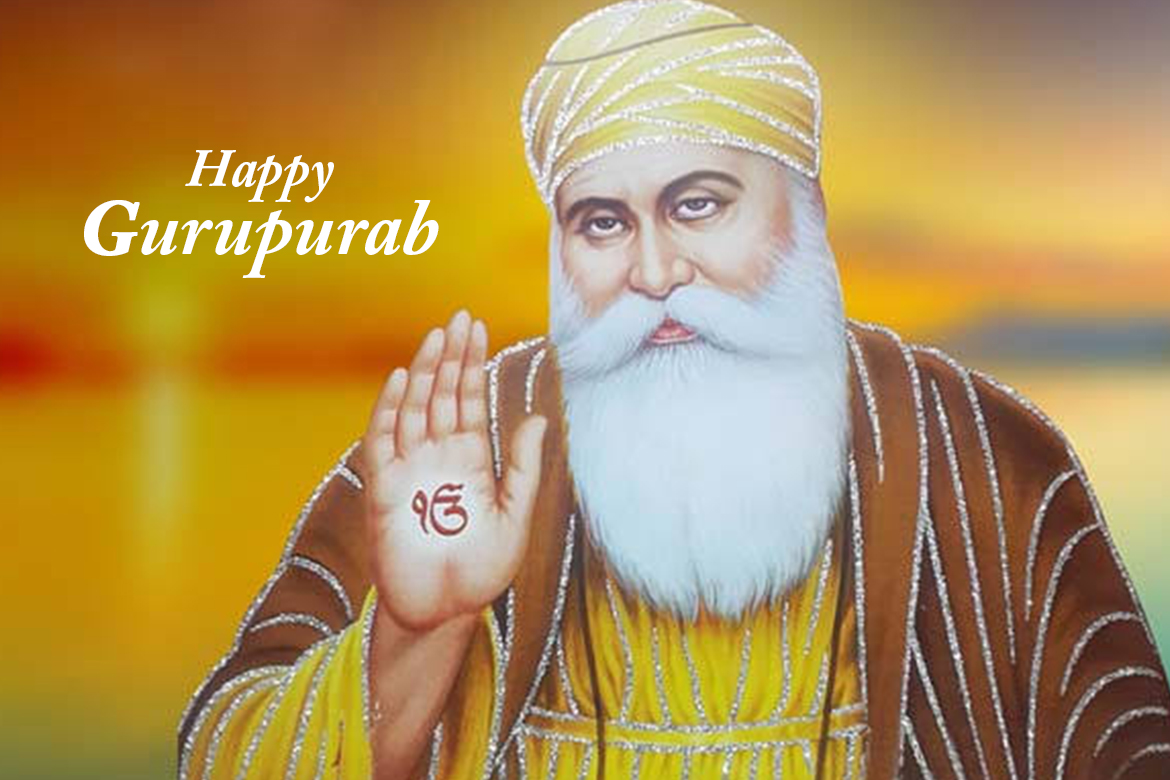 You May Also Read: Europe: A Must Visit Honeymoon Paradise

On the day of the Gurpurab, the celebrations commence/begin early in the morning at about 4 to 5 AM. This time of the day is referred to as Amrit Vehla. The day begins with the singing of Asaa-Ki-Vaar. This is followed by any combination of Katha (exposition of the scripture) and Kirtan (hymns from the Sikh scriptures), in the praise of the Guru. Following that is the Langar, a special community lunch, which is arranged at the Gurudwaras by volunteers. The idea behind the free communal lunch is that everyone, irrespective of gender, caste, class or creed, should be offered food in the spirit of Service and devotion. Night Prayer sessions are also held in some Gurudwaras, which begin around sunset when Rehras(evening prayer) is recited, followed by Kirtan till late at night. The congregation starts singing Gurbani at about 1:20 a.m., which is the actual time of the birth of Guru Nanak. The celebrations culminate at around 2 a.m. Guru Nanak Gurpurab is celebrated by the Sikh community all over the world and is one of the most important festivals in the Sikh calendar. The celebrations are especially colourful in Punjab and Delhi and many more locations like in parts of Pakistan and England. Even some Sindhis celebrate this festival

The main aim of any festival is to reminisce the beauty of our culture and to remember the hardship of the saints on whose choose right path above all. It is the time when people come together to celebrate the larger to live presence of the almighty and pay homage to him. Traditions in whichever form they might be in are very important in one’s life. So, to all the people out there wishing you a love-filled Gurupurab.

Nightingale Of Bollywood ‘Lata Mangeshkar’ Hospitalized Due To Breathing Problems: