As we all know that India is the land of “Unity in Diversity”. We are the largest democracy in the world, but sadly this democracy is going through a crisis. From past few weeks, the country is facing unrest in almost the whole of its geographical extent. Yes, you are right it is because of the passage of contentious CITIZENSHIP AMENDMENT ACT, popularly known as CAA in the country. This act was facing opposition right from the formulation of its draft Bill (CAB), but after passage, this opposition and protest rose exponentially. Why it is happening? What is so contentious in this Act? Which made Indians protesting on roads? Let’s understand this in a simple manner:

Brief history of Citizenship in India:

Before discussing the act it is very essential to know about some brief historical background of principles of Citizenship in India. Citizenship is defined in Constitution from Article 5-11, further responsibilities of framing rules on it were given to Parliament. So to serve purpose Parliament passed The Citizenship Act 1955, which describes various methods of conferring Citizenship. Our forefathers who made this holy Constitution held the Principle of jus soli (Citizenship based on birth on the soil of a country), which is not based on descent, though descent and naturalization are also among the means of granting Citizenship. But later on in 2002, an amendment was done in this act and the principle of jus soli was undermined and Principle of jus sanguinis( based on descent and blood ties) was given importance which was earlier rejected as it was against Indian ethos. 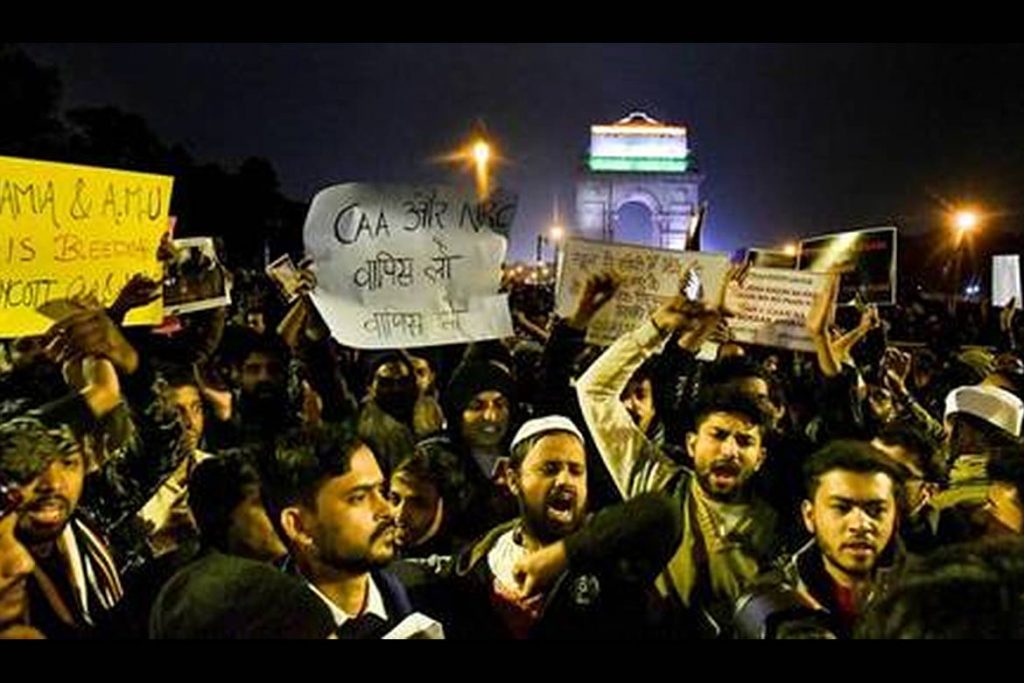 Now here comes the most contentious part. As per PIB( PRESS INFORMATION BUREAU) ‘The Citizenship (Amendment) Act, 2019 (CAA) enables migrants/foreigners of six minority communities from three specified countries( PAKISTAN, AFGHANISTAN, BANGLADESH) who have come to India because of persecution on grounds of their religion to apply for Indian Citizenship. It does not amend any existing legal provision which enables any foreigner of any class, creed, religion, category, etc to apply for Indian Citizenship through registration or naturalization modes.  Such a foreigner has to become eligible to apply for Citizenship after fulfilling the minimum legal requirements.’ The cut-off date for such entry is 31st December 2014. Six minorities mentioned above are Hindu, Buddhist, Jains, Sikhs, Christians, and Parsis. The above act excludes Muslims from the list by giving the rationale behind it that the mentioned nations are Muslim majority countries so the persecution of Muslims on a religious basis is not possible in these 3 countries. This act sets the path of fast track Citizenship for above 6 minorities by reducing the years of naturalization process from 12 to 6 years for above 6.However the provisions of the Act will not be applicable in 6th schedule areas of Constitution which are tribal autonomous regions of Assam, Meghalaya, Tripura, Mizoram also it will not be applicable on areas where Inner Line Permit is required.

NRC stands for National Register of Citizens which consist the names of Indian Citizens and excludes the name of illegal immigrants in the country. It includes demographic information about all those individuals who qualify as citizens of India as per the Citizenship Act, 1955. The register was first prepared after the 1951 Census of India and since then it has not been updated until recently. Assam is the only state so far which has gone through this exercise because Assam demanded that. There is the provision of maintaining a National Population Register and Register of Indian Citizens in Citizenship Amendment Act 2003, so it does need any statute backing it already has one. Many experts are also saying that it is a sub-set of NPR.

Why there is a nationwide protest?

Here the bone of contention is the communal and discriminatory nature of Act. Many opposition leaders alleged it ultra vires on the grounds of violation of Article 14( EQUALITY BEFORE LAW) of the Indian Constitution, also it is against the spirit of Secularism ( which is part of BASIC STRUCTURE, a doctrine given by Supreme Court). And when this act is coupled with NRC(National Register Of Citizens), this becomes more conflicting as there is increasing notion among people that after the formulation of NRC those Muslims who will not be able to produce relevant documents will be kept in detention centers and they will be devoid of their voting rights. Whereas if same happens to other communities in India they have the lifeline named CAA, they will have the option of getting Citizenship through naturalization under CAA.

However the reason for protest in Northeast India is altogether different, they are not protesting because the act is drafted on communal lines their concern is changing demographics of their hitherto cultural preserved state. Assam demanded NRC for the exclusion of outsiders mainly Bangladeshi illegal immigrants which are mainly Hindus but this act will open the avenue for their Citizenship which will change their demography. Whatever may be the reason various sections are coming out and opposing this Act. However protest turned violent at many places which were curbed by security forces and many states were put under Section 144 of CRPC, Which in turn invoked further escalation and the government faced much criticism.

The stand of Government on Act

The government, on the other hand, is very firm on its stand. According to the government, they are correcting the historic wrong. As Union Home Minister, Amit Shah said, “that people against the Amendment may oppose it as much as possible, Modi Government is committed to giving Citizenship and dignified life to refugees persecuted for the last 70 years.” He also added that the CAA is meant to enable and

empower stateless refugees, and is not meant to deprive any Indian citizen”. He said that Nehru-Liaqat Pact was never respected by Pakistan which forced the government to take such a step. Also, the government took many steps to pacify people by various awareness campaigns, rally, mass addressing, etc. The government also released an official document on PIB on 20th December 2019 which addresses many questions related to fear of NRC. Our Prime Minister Mr. Narendra Modi announced in a rally that by far government has not discussed NRC so they are not going to implement it in the near future.

Way Forward:  Dissent the key feature of any successful democracy, the government is accountable to people and everyone has the right of expression which is guaranteed by our Constitution but people should not resort to violence, protests are the part of democracy but violent protest can never achieve their purpose. The country is getting polarised on this issue which is not good for the nation’s integrity. We must remain in solidarity and respect everyone’s opinion.

Also Read:What Is NPR:  What All You Need To Know About NPR?

7 Solutions That Can Save Your Relationship

Senior Politician And Rajya Sabha MP Amar Singh Passes Away After a...

Covaxin: The indigenous Coronavirus vaccine of India; approved for the human trial

What Brand Finance report says about India’s most valuable companies