When we discuss the term called ‘Fragile Five’, then to know about this in greater detail, this term was first used by Morgan Stanley that provides one of the best insights on investment, economy, and finance. They used it in 2013 for explaining position as well as the situation of the five emerging markets in respect of their economy. These five fragile were Brazil, Indonesia, India, South Africa, and Turkey.

But later this term was fetched up by Narendra Modi, for criticizing and castigating the then Prime Minister Manmohan Singh. This term was used by him, to reflect over the economic slowdown and slackening of India at that time.

Many economists, financial experts, and market watchers refuted this term in respect of the Indian economy which was being continuously used by Narendra Modi.

Now if we talk of the current scenario, the continuous fall in the growth rate of India’s GDP (Gross Domestic Product) can be seen in various international reports like that of Forbes which estimated that Indian economy in the year 2020 is at its least that it had been since 1978, it is at 42 year low, that we are witnessing today.

This economic slowdown being faced by the country is believed to be the result of the Modi government’s procreation GST (Goods and Services Tax) that came in 2017, the poor roll outperformance of GST is believed to be one the factors behind this downtrend in India. Another reason which is supposed to be responsible for this slowdown is the Demonetization scheme which was again, brought in by the Modi government in 2016. 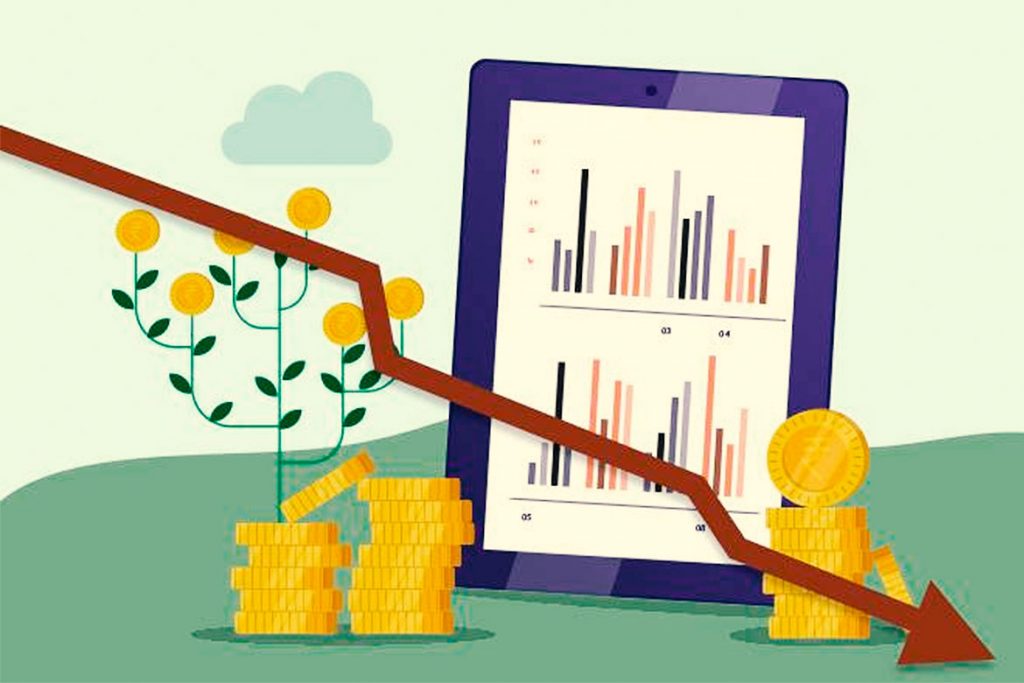 This slowdown thus projects that the Modi government may end up unsuccessful in achieving its fiscal deficit targets. We can clearly see that how credit growth is slacking off, credit for industries is too declining, and revenue collections have also faltered, and thus becoming the lowest in the decade.

Also looking into the data released by the National Statistical Office (NSO), the growth percentage of the GDP is seen down-trending to 5.0 percent, which is the least, which we last saw in the year 2008 during the then economic crisis. This data further states that the two main drivers and generators of revenue, i.e. manufacturing and construction are mainly falling off, leaving behind only the government expenditure as the major support source.

According to RBI, the GDP growth rate has been estimated to be around 5.0 percent, which it stated last month while its monetary policy review, which was previously 6.0 percent.

Nominal GDP which is evaluated taking inflation into consideration giving a closer view and detail of the economic progress in a country with its goods and services produced also reflected the fall in it and being at 7.5 percent which is at 42 year low and is far inferior than the government’s expectations which were around 12 percent.

The manufacturing sector growth rate is predicted to be around 2 percent for the year 2019-20, which will be in turn a minimum in the last 13 years. This reduction in the growth rate will further have adverse implications leading to the fewer employment opportunities being generated, which will finally lead to the lower-income of people and ending up into poverty. If we compare the per capita income growth rate of the base year 2011-12 with the one, estimated for 2019-20, it is turned out to be only 6.8 percent, which is lowest since the base year.

Investment which is again a key factor for the country’s growth and for increasing employment opportunities will be at the lowest, last seen in 2004-05, i.e. 15 years, at less than 1 percent. This is again a matter of concern for the country’s policymakers, where they need to think of boosting the country’s growth. This phase which we are witnessing is distinct from the fragile five-phase because here the major dip is due to the decline in the domestic investment.

Moving on to the construction sector which turns out to be one of the largest employers of the country, is also further showing a decline in its growth rate.

According to the Fitch ratings that were released in November, states that the consolidated fiscal deficit for the year 2019-20, would be 7.5 percent of GDP. But as the growth rate is gradually dipping it is the matter of grave concern for the policymakers.

World Bank even reduced the growth rate for India from the previous 6.5 percent to 5.0 percent for the year 2019-20. This projection made by the World Bank for this year is yet found to be the least in the last 11 years. Some experts have also predicted that India may soon find itself in the middle-income trap or its growth may become stagnant.

The growth rate is found to be on a reverse gear after the Lok Sabha elections of 2019 and is going all-in negative of the expectations that were made for the economic growth in the country with the current government. We can clearly see that all the financial institutions whether it be domestic or international are showcasing the downfall in the country’s economy.

So now its high time that the government should put its complete emphasis and efforts in reviving back the growth in the country. All the policy makers have to take into consideration all the drivers of the growth and then act accordingly.

Ukraine Plane Shot Down Because Of Human Error, Iran Says

Terrorism And The Reasons For Funding Of Terrorism In Kashmir

The Long Journey Of Ayodhya Ram Mandir; Here Are The Important Milestones

Travelling From Abroad To India? Here Are New Guidelines Issued By Indian...

Senior Politician And Rajya Sabha MP Amar Singh Passes Away After a...

Covaxin: The indigenous Coronavirus vaccine of India; approved for the human trial

What Brand Finance report says about India’s most valuable companies