More than 100 JeM terrorists killed in Balakot airstrike: A report 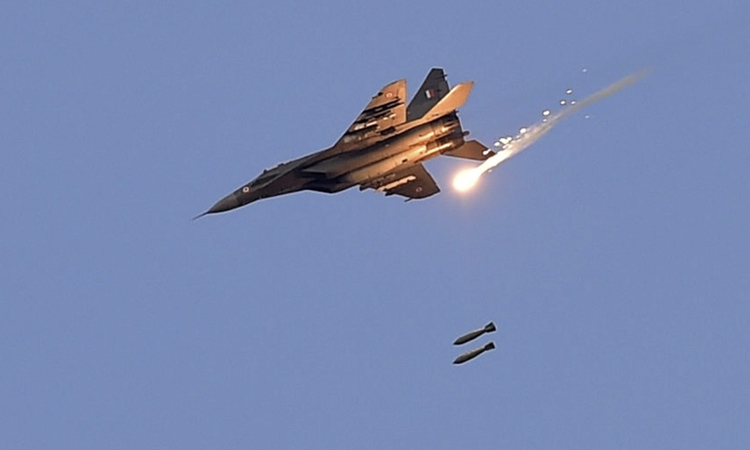 After the cowardly terrorist attack in Pulwama, which killed 40 CRPF soldiers, Indian Air Force responded to it in a deadly manner. On February 26, the Indian Air Force (IAF) did airstrike in Balakot at a terror training camp killing 130-150 terrorists. The Indian officials identified that the attacked training camp belonged to the militant group Jaish-e-Mohammad and no civilian casuality took place.

Few hours after the new of IAF’s broke the internet, people started appraising the IAF’s strategic attack carried out by them in Pakistan as a response to Pulwama attack. The attack was reported to be “complete and total” despite Pakistan’s air force being on high alert.

Once the official meetings concluded, a high ranking representative released significant details in the press conference. It was announced to the media on February 26, AIF’s Mirage-2000s were used to conduct an airstrike at Jaish-e-Mohammad terror training camp. Despite due to the bad weather conditions, the Indian pilots were successful in destroying 5 out of 6 designated targets, killing more than 150 terrorists and no civilian casualty. Also, soon after the strike, Pakistan Air Force scrambled their fighter jets bit were 10 minutes late and the all the Indian jets were safely back in the territory.

Recently, it was reported that the authorities and army in Pakistan has invited several foreign media and diplomats to visit Balakot in Khyber Pakhtunkhwa state. They even showed then the sites were the AIF’s strike took place.

Francesca Marino, a foreign journalist came forward and supported the IAF attack and claimed that more than 100 JeM terrorist are killed. She also reported that the Pakistan army has restricted the public from commenting on the attack and talking about the casualties.