Pakistan U-Turn On Kartarpur Corridor-Passport Must For Indian Pilgrims

The kartarpur corridor, a border corridor between Pakistan and India, connecting the Sikh shrines of Dera Baba Nanak Sahib and Guru Darbar Sahib was in the news again .the Pakistan spokesperson Major General Asif Ghafoor said that the Indian Sikh pilgrims would require a passport to use kartarpur corridor, which will be inaugurated on Saturday.

You May Also Read : What led to a clash between Delhi Police and the lawyers Inside Tis Hazari?

This came after the Pakistan Prime Minister Imran Khan on Nov 1 had announced that his government waived off two key requirements for Sikh pilgrims travelling for pilgrimage to Gurudwara Darbar Sahib Kartarpur from India. Imran Ka Said that the Pilgrims will no longer be required to bring their passport and only a valid ID will be needed for entering Pakistan for kartarpur pilgrimage. Second, the visiting Sikhs will no longer need to register 10 days in advance, Imran Khan said in a tweet. He also mentioned that no fee will be charged pilgrims on the opening of the kartarpur corridor on Nov 9 and on Guru Nanak Dev’s 550th Birth Anniversary on Nov 12. 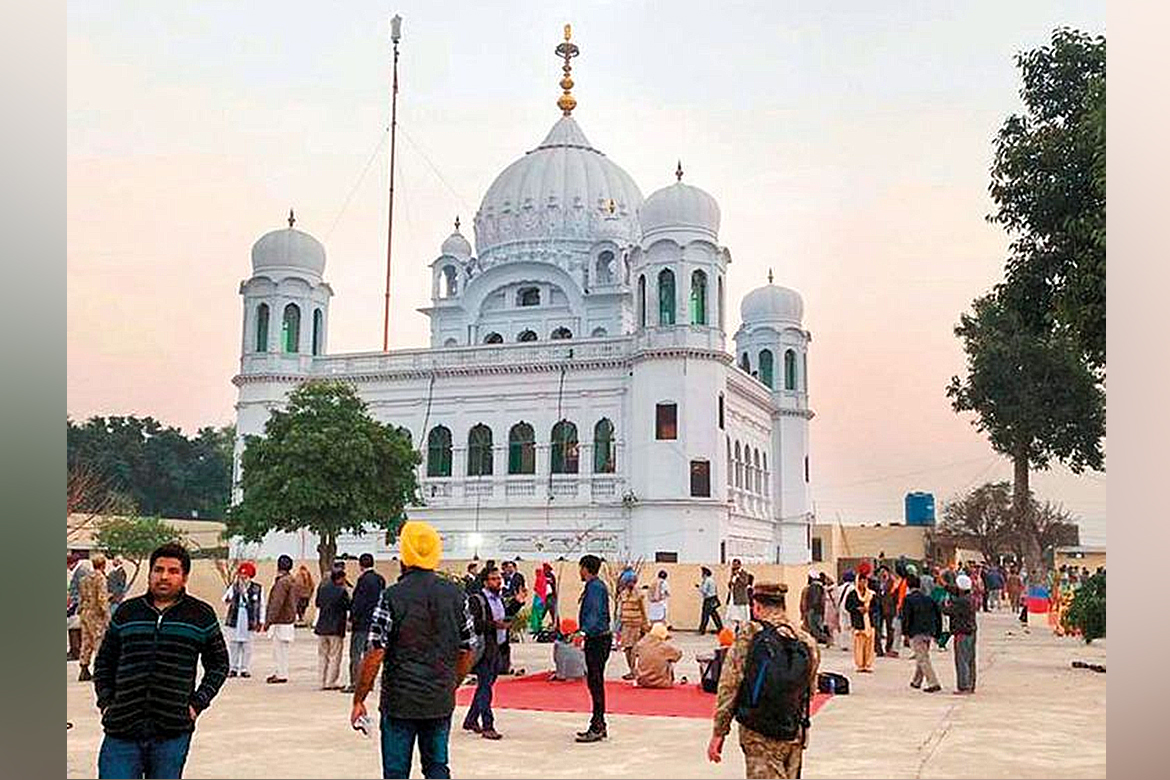 First proposed in early 1999 by then PM on India and Pakistan, Atal Bihari Vajpayee and Nawaz Sharif, respectively, as a part of Delhi-Lahore Bus Diplomacy. The foundation stone for the kartarour corridor was first laid don on 26 November 2018, by Prime Minister Imran Khan. Two days later the foundation stone was laid down on the Indian Side. The decision to go ahead with the corridor by the two countries was compared to that of the berlin wall by the Pakistan PM, stating that the project may help in easing tensions between the two counties.

I want to congratulate our govt for readying Kartarpur, in record time, for Guru Nanak jee’s 550th birthday celebrations. pic.twitter.com/dwrqXLan2r

But the recent development on the corridor atop with the U-turn by the Pakistan authorities on the issue of the Visa seemed to have created confusion. But late on Thursday, the Pakistan foreign office said the PM Imran Khan has waived the condition of passport for 1 year for Indian visiting the Gurudwara Darbar Sahib using the kartarpur corridor, contradicting the earlier statement by the army spokesman who said the pilgrims will need a passport. During this week media briefing here, foreign office spokesman Mohammad Faisal said the condition of passports for Indian Sikhs was waived for one year in the wake of the 550th birth anniversary of Guru Nanak.

He has also waived the requirement to convey pilgrim information to the Pakistani government 10 days before entry, and he also waived USD 20 service fee per pilgrim on Nov 9 and 12, Faisal Said. “we have formally conveyed this to India” he added.

You May Also Read: US Congressional Reports: “Pakistan Is Fearful Of Strategic Encirclement By India”

Earlier as mentioned above, Pakistan Army spokesman Maj Gen Asif Ghafoor had said that Indian pilgrims visiting would need a passport, creating confusion over the status of passports. “As we have a security link, the entry would be legal one under a permit on a passport-based identity.there will be no compromise on security or sovereignty,” he was quoted as saying in the local media. the clarification comes after India asked Pakistan to clarify whether passport will be required to visit the kartarpur Shabib. Faisal also said that over 10,000 Sikhs from India and other parts of the world will attend the inauguration ceremony of the kartarpur corridor by PM Khan on Saturday. He said under the agreement about 5,000 pilgrims can come from India per day. “Our mission in other countries have also issued the same number of visas,” he said. Sikhs from Canada, Britain, America, Singapore, Malaysia, Kenya, Uganda, Tanzania, New Zealand and Australia ill also attend the inauguration ceremony.

You May Also Read: The Major Concerns which led to India pull out of RCEP Deal

The kartarpur corridor may pave way for mending the trodden down relation amongst the two countries but the future of the peace would also depend largely on the consistency and efforts made by both countries.

The BJP-Shiv Sena Current Stand Off in Maharashtra

Man with Knife and Plan to ‘Assassinate’ Trump Detained Outside the White...

The US Warns of the Increase in Sexual Assaults in Spain

Will the New Coronavirus Become a “Pandemic”?