Indira Gandhi the Iron lady of Indian politics proved her mark each time the opposition tried to take her down. Born into the family of freedom fighter, Indira at a very young age was groomed by her father, a leading figure in Indian political struggle for independence from the British rule and the first Prime Minister of India Pt. Jawahar Lal Nehru. With Such glorious heritage, Indira herself walked the same road as her father in the field of Indian politics and became the first and, to date, the only female Prime Minister of India. A True Politician, she was known for her Statesmanship, Political, Intrasigency and unprecedented centralisation of the power. During her tenure in power, Indira had to surpass various huddles but came out victorious. Here are some Instances when she proved to be a Boss lady, who meant business

You may also know: Will be assassinated like Indira Gandhi, BJP after my life: Arvind Kejriwal

Indira was named the leader of the Congress party after the sudden death of Mr Shastri in January in 1966 and thus had to become the Prime Minister- A result of a compromise between the right and the left-wing of the party. The Right-wing led by former Finance Minster Moraji Desai had to be made the deputy prime minister in 1967 as congress managed to win only a slim majority of seats. However, this led to an increase in tension within the party, resulting in Desai expelling Indira from the party. Undaunted Gandhi, joined by the majority of party member, formed a new faction called the new “congress” and won sweeping electoral victory over a coalition of conservation parties. 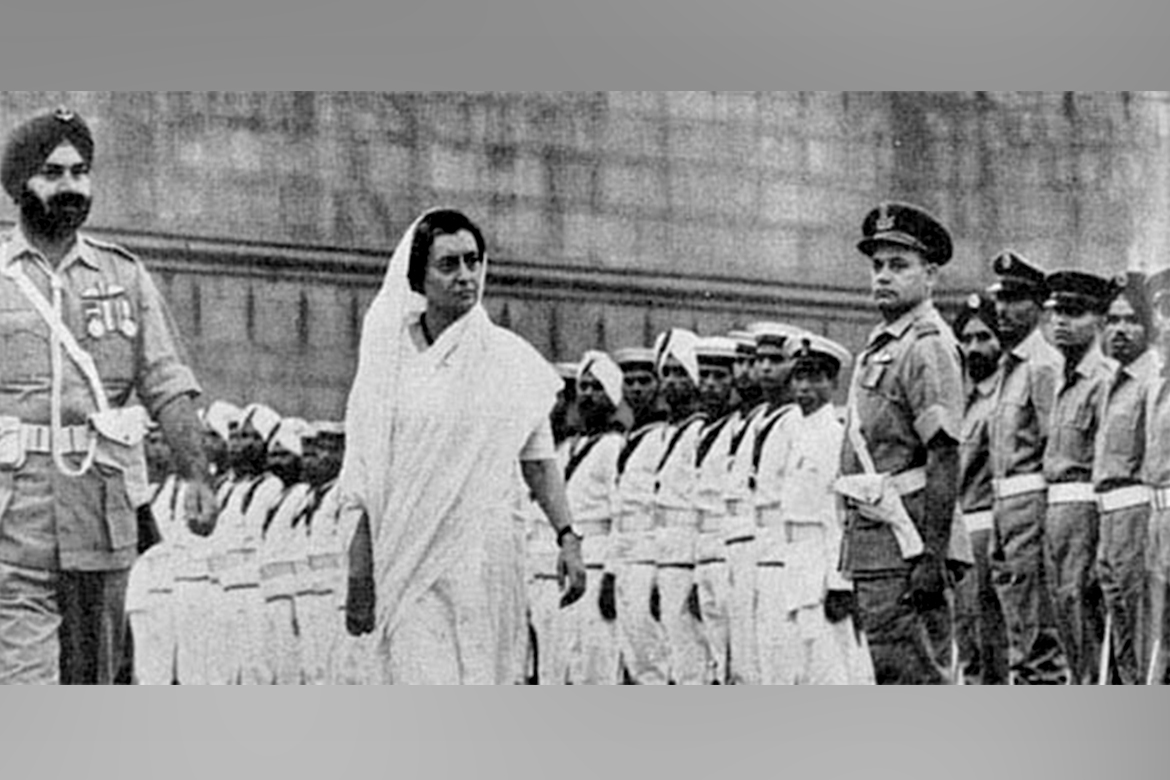 Bangladesh today owes its creation credits to Mrs Indira Gandhi, then Prime Minister of India. In the year 1971, India saw an influx of refugees crisis from its neighbouring east Pakistan, when west Pakistan went into Bengali East Pakistan to crush its independence movement. She was staunch and vocal about the horrific violence of march 31. she not only took care of the refugee flocking in Indian continent but also provided support to the independence fighters. With Pakistan being backed by US and India signing the “treaty of peace, friendship and cooperation” with the soviet union, Indira had to visit the oval office for the talk with then-President Nixon. The War started with Pakistan bombing the Indian bases on December 3; Indira recognised the independence of Bangladesh on Dec 6. Nixon directed a US fleet to head for the Indian water-but then Pakistan surrendered on December 16. the War was a triumph for India and Indira. In an interview after the war, Indira declared “I am not a person to be pressured- by anybody or any nation”.

You May Also Know: Top 10 powerful politicians in India 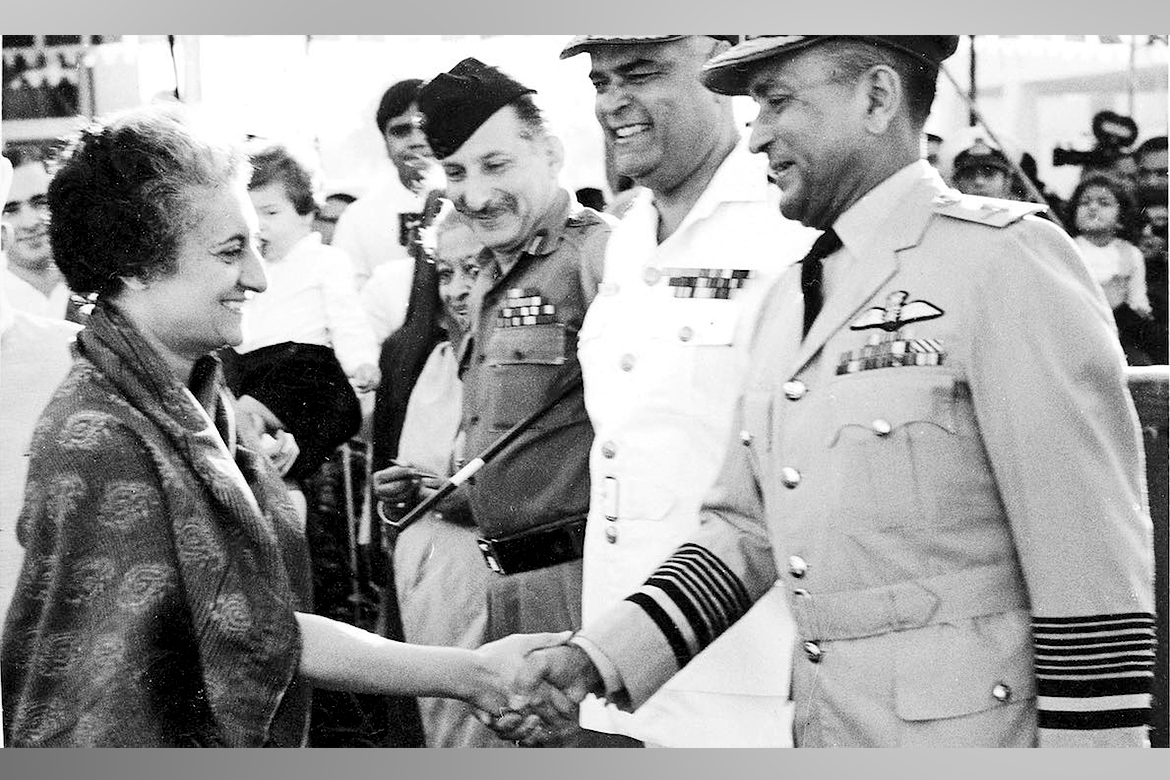 The year 1975 proved to be a testing time for Indira and her Party when she was found guilty of electoral malpractice in June. The court gave the judgment against her following which she was asked not to contest election for 6 years. But Indira refused to bow down and declared the state of emergency. During this period the push for sterilization took the front seat and population control was seen as a necessity for India to prosper. Following an emergency, the government directed its energies towards sterilization, with a focus on the simpler procedure of vasectomies. Men were encouraged to undergo operation by providing an incentive such as cooking oil and cash. According to a 1977 article in TIME magazine, between April 1976 and January 1977, 7.8 million were sterilized. 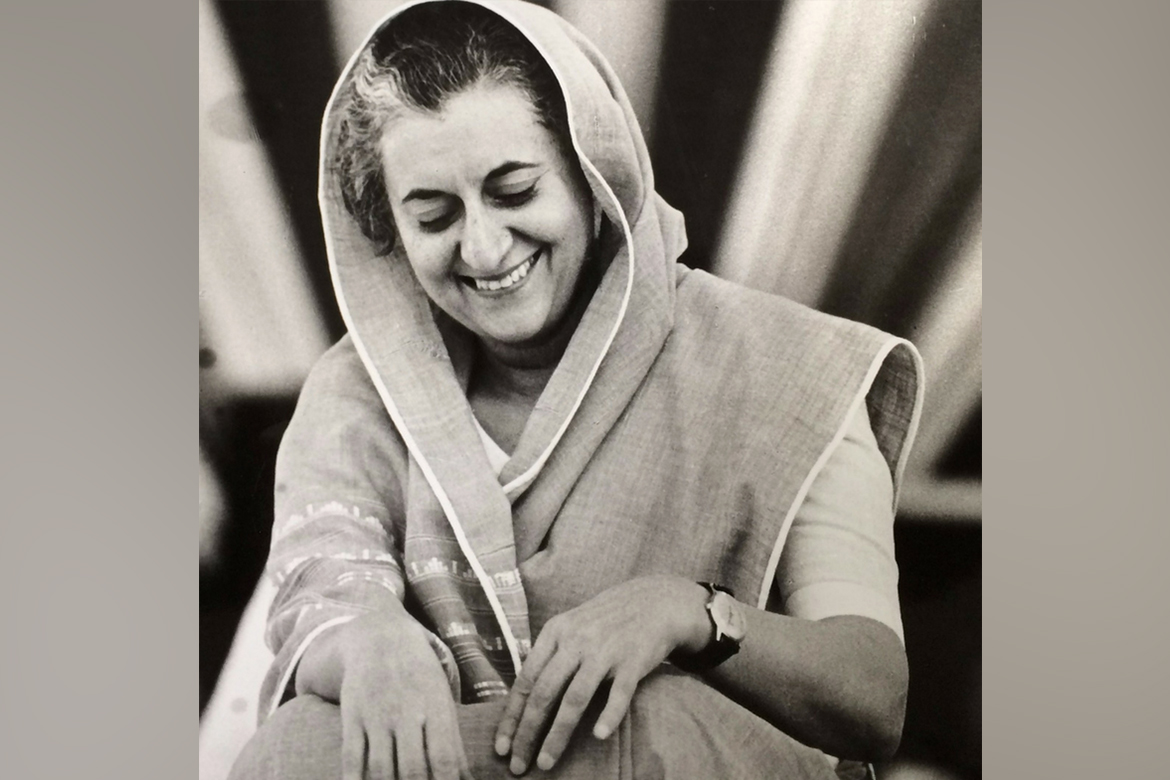 Indira going against the court order barging her to contest elections declared the state of emergency in 1975 which lasted for 21-month from 1975 to 1977. Invoking Article 352 of the Indian constitution, Gandhi granted herself extraordinary powers and launched a massive crackdown on civil liberties and political opposition which according to her were harming the Indian economy and development post-war, drought and 1973 oil crisis. Election for the parliament and state government were postponed, Indira and her parliamentary majorities could rewrite the nation’s laws since her Congress party had the required mandate to do so. And when she felt the existing laws were too slow she got the president to issue” ordinances”-a law-making power in times of urgency, invoked sparingly-completely bypassing the parliament, allowing her to rule by decree. 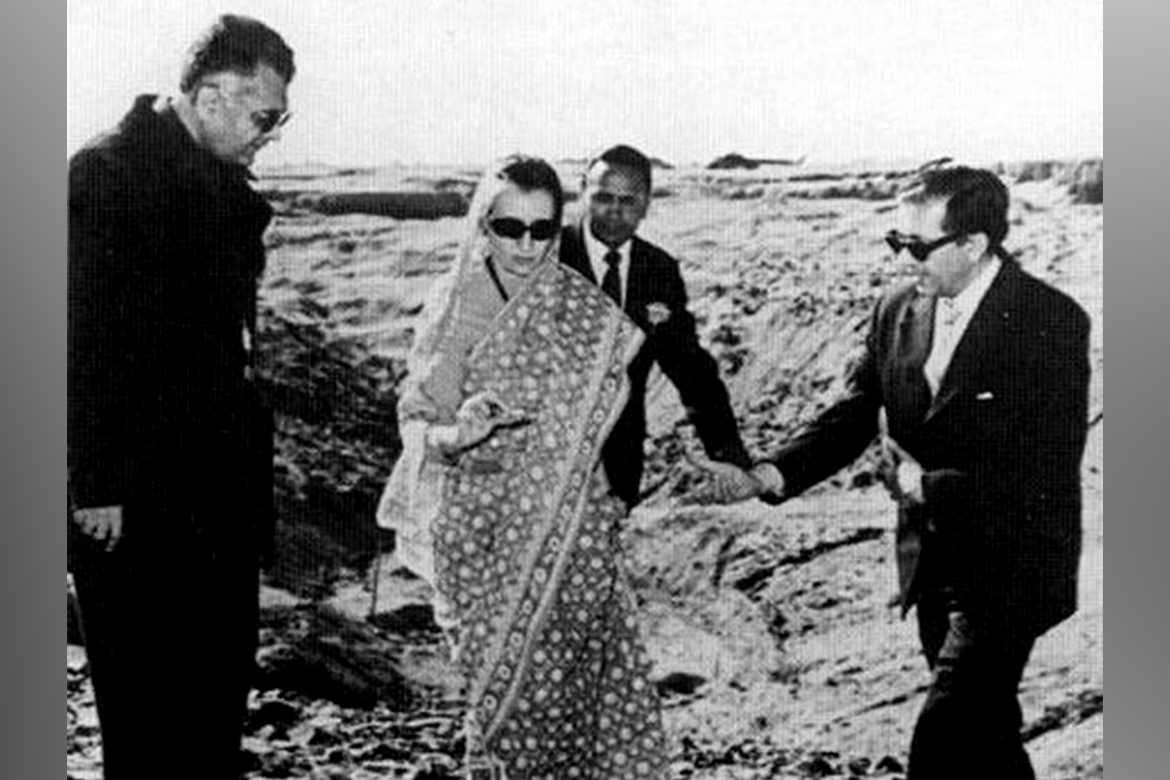 While taking a tour of the Bhabha Atomic Research facility in Mumbai, Prime Minister conceived the operation Smiling buddha which was a code name of India’s first nuclear bomb, which was tested on May 18th 1974. Giving a verbal conformation to the official to manufacture the bomb they had a design, and to prepare it for a field test. The design was subjected to engineering. Post engineering, the bomb was detonated on the army base, Pokhran-test Range, in Rajasthan by Indian Army under the supervision of several key generals of India. The MEA designation of smiling buddha was also the first confirmed nuclear weapon test by a nation outside five permanent members of the UNSC. The American intelligence community in the Nixon era missed India’s preparation for a nuclear weapons test and was caught unaware when “smiling buddha” was successfully conducted at Pokhran. It was a new dimension in India’s Nuclear program building.

During her stint as Prime Minister, she by many has been viewed as being fiercely ruthless in her policies, and in terms of centralization of power.

However, she will always be remembered for her contribution to India’s growth, both in domestic and foreign policies. She continues to be a relevant name in Indian history and politics, given that no woman has held the post of India’s Prime Minister after her.