Bollywood stars Ranbir Kapoor and Alia Bhatt are the most discussed topic these days. People are discussing about their relationship and the plan of their families to get them married by 2020. There are reports as well according to which Ranbir Kapoor has asked Mukesh Bhatt for Alia’s hand in marriage. The fans of these two stars are restless to see their wedding pictures. Their restlessness can be sensed as many of them have started editing the photos of Ranbir and Alia’s marriage photographs. Edited photos have been floating on the internet giving strong vibes of the wedding plans of the two. 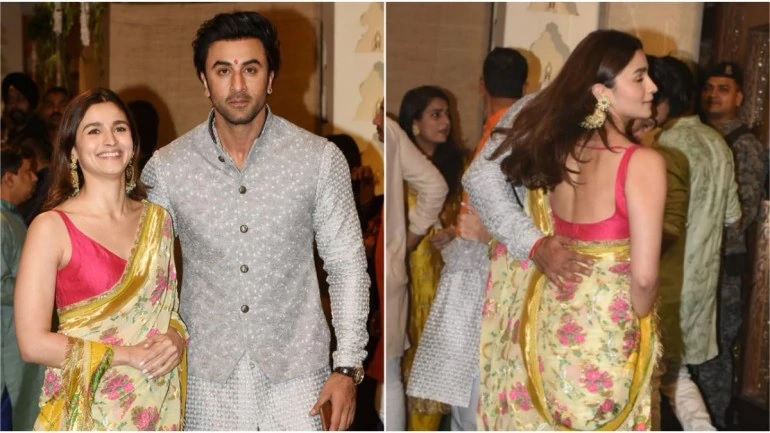 After Alia Bhatt’s wedding look in an ad, people have started calling her ‘Ranbir ki Dulhan’. Now the wedding pictures of Alia and Ranbir has started making the rounds on fan pages Rishi Kapoor’s 67th birthday. On Instagram, one of the Ranbir’s fans has posted the images of Ranbir and Alia wherein they were dressed up in the bridal outfit and seen glazing each other with beautiful smile. Recently, both were spotted together in Ganesh Chaturthi celebration at Antilia in Mumbai. Earlier this, Alia was seen with Rishi Kapoor and Neetu Kapoor in New York while Ranbir Kapoor was spotted with Alia’s parents.

Read more: Things that you can learn from Kabir Singh

Official confirmation is yet to be made

Despite the news of marriage of Ranbir and Alia is in the air, the official confirmation from Kapoor’s and Bhatt’s family is yet to be made. People are eagerly waiting for the families to make the announcements for the wedding of Ranbir and Alia. A lot of fans have estimated that the families can make some announcement on 67th birthday celebration of Rishi Kapoor. Many fans have said that seeing the son getting hitched could be the best gift that this veteran actor can get on his 67th birthday. Alia in an interview has said that she doesn’t understand why everyone need to discuss about her wedding. She added that she is happy in a relationship and when she feels there is a need to get into a strong bond, she will do. However, for now, she is too young to get married.

Things that you can learn from Kabir Singh