Biden & Harris usher in a New Era of American Diplomacy 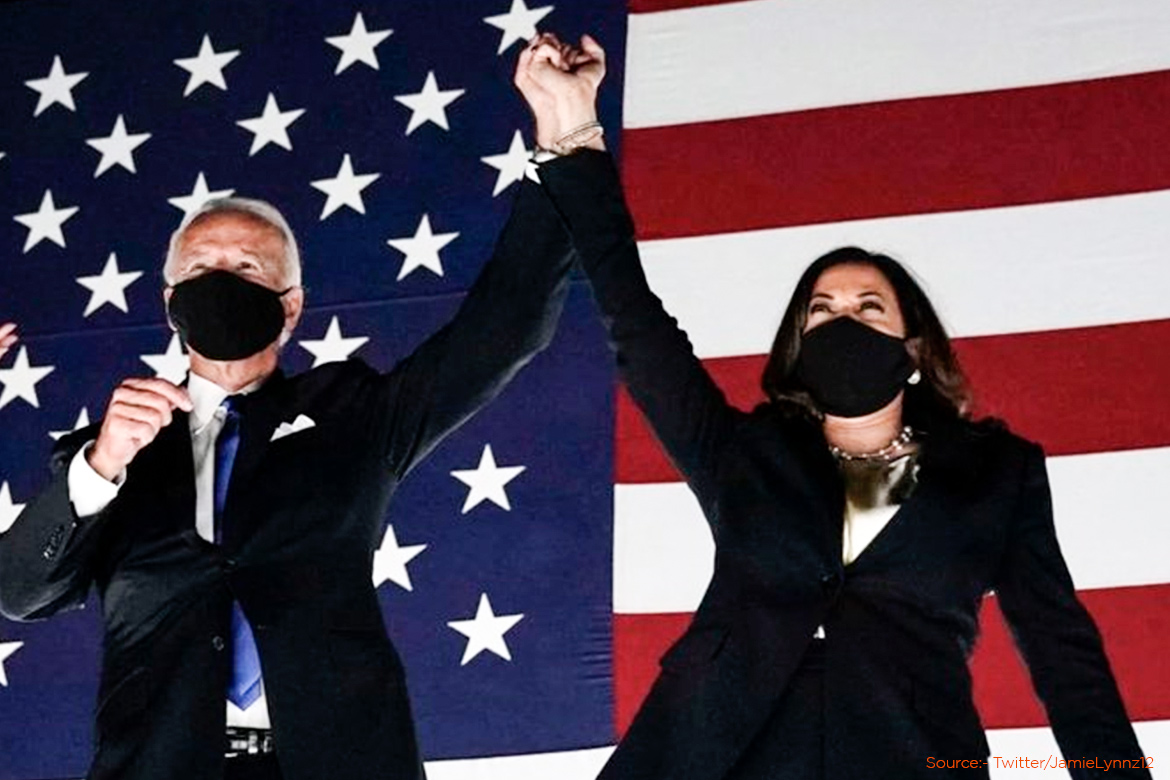 After a much controversial election last year, the path is clear for Joe Biden & Kamala Harris to position themselves in the White House. It’ll be a new start. The Biden administration has planned to reverse most policies of the Trump Administration, especially with regard to climate change and COVID Response. Altogether, we will look into what all promises the Biden Administration has made on Inauguration Day.

The first and foremost decision that the administration promises is to rekindle USA’s commitment to the Paris Climate Accord. Chief Climate Advisor Gina McCarthy has stated that returning to this accord was necessary to reflect the centrality of climate agenda Biden’s policy framework.

The day ­one climate executive orders will begin to put the U.S. back on the right footing, a footing we need to restore American leadership, helping to position our nation to be the global leader in clean energy and jobs

Another Trump policy Biden seeks to reverse, is to revoke the permit for a pipeline given to Keystone XL. The new administration plans to do it by making emissions and efficiency standards stricter. As a consequence of this, highly polluting oil from Canada will have a hard time entering the United States.

Firstly, the Biden Administration will halt construction on the US-Mexico Border Wall, that Trump sanctioned to stem illegal immigration. Another Trump policy he plans to reverse is the ban on immigrants from a number of Muslim-majority and African countries.

This is in line with the motto of “racial equity” of the Biden Administration. Firstly, it seeks to pass an order that ensures all federal agencies strictly follow this. Secondly, this new administration also plans to review all previous policies that propagate systemic racism. In addition, all federal agencies compulsorily have to submit a report within 200 days, to address ways to remove barriers to policies and programes.

The Trump Administration faced a lot of controversy over separating children from their parents due to him deporting the “Dreamers“. The Biden administration however, will bolster the D.A.C.A that will protect the Dreamers from deportation. President Biden has also promised to send a bill to Congress to revamp immigration policies, such that the millions of undocumented immigrants in USA get citizenship. He will also sign an executive order that revokes the Trump Administration’s plan to exclude non-citizens from the census count.

These 15-17 executive orders signed by the Biden-Harris administration is basically a reset to default factory settings. This is because it sets the American policy back to where it was before Trump and Pence took over. Joe Biden basically seeks to reset back to the Obama-led policies, in which Biden served as Vice President.

The new administration claims that it seeks to reverse all the so-called “damages” done by the Trump Administration, to the economy, environment and population. Secondly, he seeks to restore America’s position as a global leader in the international arena as well as ensure USA becomes more tolerant, accepting and open in the near future.