To understand the tensions that are escalating between the US and Iran we need to also need to understand the history of their relations. These tensions are not the result of some sudden event but these have been building up long back from the 1900s. Let’s look into the reasons behind these tensions in much greater detail.

As we already know that how the US helped Shah Mohammed Reza Pahlevi and replaced  Mossadeq back in 1953 in order to gain its control over Iran and its rich oil fields and how the Iranian Revolution of 1979 overthrew the US back Shah of Iran. Since then the US and Iran had no diplomatic relations. Then moving forward, with the beginning of 21st Century US President George W. Bush called Iran as the ‘Axis Of Evil’ in the backdrop of the 9/11 attack. Over the years the US has imposed a bulk of sanctions against Iran and also imposed allegations over Iran, that it has been developing the nuclear weapons and facilities along with the Uranium enriched plant. But Iran has been defending saying that it has been using Uranium for civilian purposes.

After a long time finally, US President Barack Obama entered into nuclear talks and negotiations with Iran along with the other world leaders of Russia, China, France, Britain, and Germany (P5+1 Nations) in 2015. These negotiations resulted in the Joint Comprehensive Plan Of Action (JCPOA), popularly known as the Iran Nuclear Deal.

But in 2018, US President Donald Trump decided to withdraw from this Nuclear Deal saying that Iran is still working secretly on nuclear weapons and violating the deal that was made. President Donald Trump not only withdrew but also imposed a number of sanctions on Iran. He further pressurized his ally countries and his friendly nations to curb oil imports and zero out the purchase of Oil from Iran. This was a major setback for Iran’s economy, as many countries importing oil from Iran agreed to what the US asked them to do.

It was only a few months back that, the US passed a resolution where they called Iran’s Revolutionary Guard Corps (IRGC) as the terrorist organization.

Moving on in 2019, further when around six oil tankers were hit by explosions then once again the US targeted and accused Iran of it.

Then on 20th June of the same year, Iran forces shot down a military drone that belonged to the US over the Strait of Hormuz.

Then on facing such an economic crisis for long, Iran too stated rolling back from its key assurances that it made under the nuclear deal.

There was one more event that took place in the middle when the State-owned oil facility of Saudi Arabia named, Aramco was hit by a drone attack. The responsibility of this attack was taken by the Houthis who are the rebels of Yemen but believed to be backed and aided by Iran, hence the US again accused Iran of this attack.

Now the beginning of 2020, further hastened and worsened the tensions after a US drone that striking in Iraq killed Iran’s Military general Qasim Soleimani, he was the head of the Quds Forces under Iran’s Revolutionary Guards. Qasim Soleimani was the one responsible for maintaining and consolidating Iran’s influence in the regions outside Iran, that is, in different countries especially in the Middle East. Also, the US legitimized this assassination by stating that he was a terrorist and not a military general.

After the US took such a step, this disturbed and exasperated Iran. Then to counter the US, Iran too passed a similar kind of resolution in its Parliament stating American soldiers as terrorists. It was after passing this that Iran targeted the US troops deployed in Iraq by targeting their bases in Iraq with around 12- 15 ballistic missiles.

Over this attack President Trump tweeted, “ALL IS WELL” and none of the casualties were reported according to the US. On the other hand, Iran tweeted that they killed American Terrorists. Both the leaders are facing saving themselves in order to avoid any further escalations in these tensions.

The US has further imposed more sanctions on Iran now as a result. 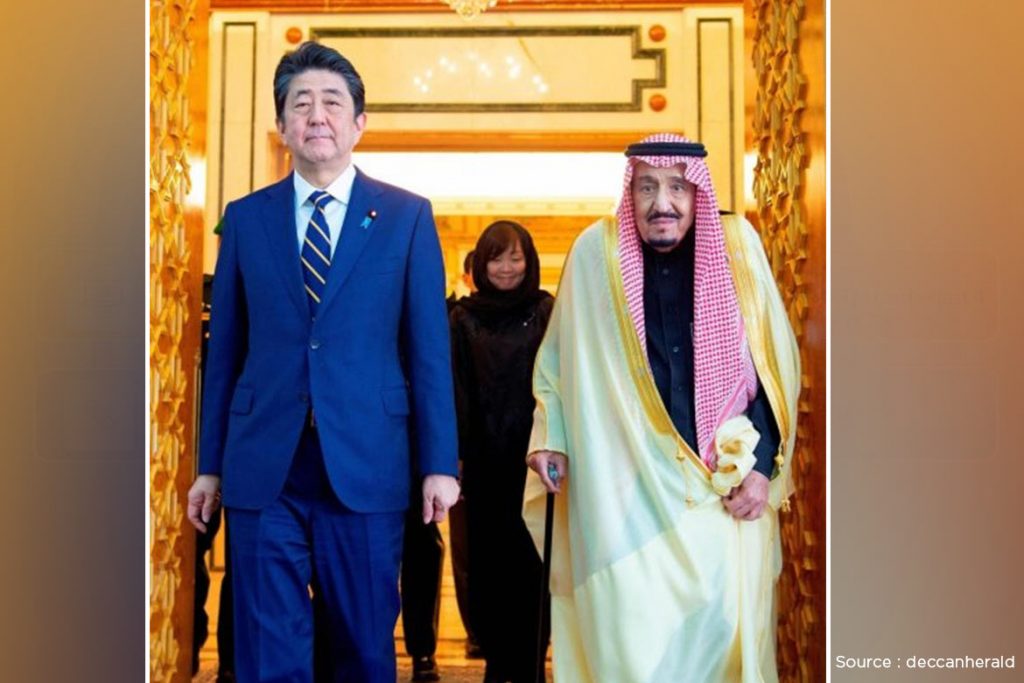 REPERCUSSIONS OVER THE WORLD

The tensions worsening are not harmful only for those countries that are engaged in it but also for the world on a wider scale. For instance, when Aramco was drone attacked, then it immediately soared the oil prices all over the world as this attack reduced production of around 5.7 million barrels per day.

The strategic location of Iran, on the other hand, is also as such that it can easily choke the Strait of Hormuz if tensions will further escalate. Already the oil prices increased by four percent when the US attack killed Soleimani on 5th January.

This would largely and adversely affect the countries that are dependent on West Asia for their oil imports.

India has been friends to both the US and Iran. But these tensions had already impacted India because India reduced its oil imports from Iran due to the pressure made by the US.

Now if we specifically look into the consequences of these tensions that India could face in near future, is the increase in the oil prices, further leading to the increasing gold prices and overall increasing the inflation in the country. Already when the country is going through this tough phase of economic slowdown, these tensions can be worse for India too. Also, it can be a danger to the energy security of India to some extent.

Also, India has its major investments in Iran like Chabhar Port if tensions will further worsen then this will be another problem to be faced by India.

Another matter of concern for India is its Diaspora, Defence Minister of India Rajnath Singh expressed his concerns over the strong Indian diaspora in the Middle East to the US and also demanded peace in the region of Middle. Because the remittances that India receives from other countries contribute around 2.7 percent to India’s GDP. Thus, India has major concerns in relation to these tensions.

Countries should come together and should try and mediate between the US and Iran, and make efforts to deescalate the tensions. Like India made an attempt to do so. Because this causes harm not only to the two sides but has a tendency to harm the world. India should maintain its non-alignment stance in the middle of these tensions, as it did during the era of the Cold war.