Delhi recorded the best air quality on last Monday after 12 days, when the moderate wind starts blowing. However, expert says that improvement in the air quality is short-lived, as pollution levels will again enter the severe zone by near future due to depth in wind speed in coming days. The prediction of pollution level going up again, Chief Minister of Delhi Arvind Kejriwal announced to extend the odd-even rule in the city.

Supreme Court-mandated, EPCA on Monday and ask the States to set up a surveillance and check on local sources of pollution and crop burning because of the dip in air quality. Supreme Court has banned construction and demolition activities on November 4th. The neighboring states of Delhi have contributed a lot to air pollution. Pollution was 9% on Monday and raised to 13% on Tuesday and it reached 44% till Thursday and it is likely to increase in the coming days.

The quality of the vision and the breathing air is deteriorating day by day, as there is no wind blowing and the pollution is increasing day by day. The Air Quality Index (AQI) was poor on Monday and Tuesday, and according to the report, it will get worse by every passing day. Wind speeds which had touched 36 kilometers per hour over the weekend, came down to 10 to 12 kilometers per hour on Tuesday. The Indian Meteorological Department (IMD) stated that the speed was continued for about 6-8 km per hour in the previous days. The concerned department has also said, that the temperature could fall to 11 degrees on Wednesday, owing to cold westerly winds and clear skies in the region. 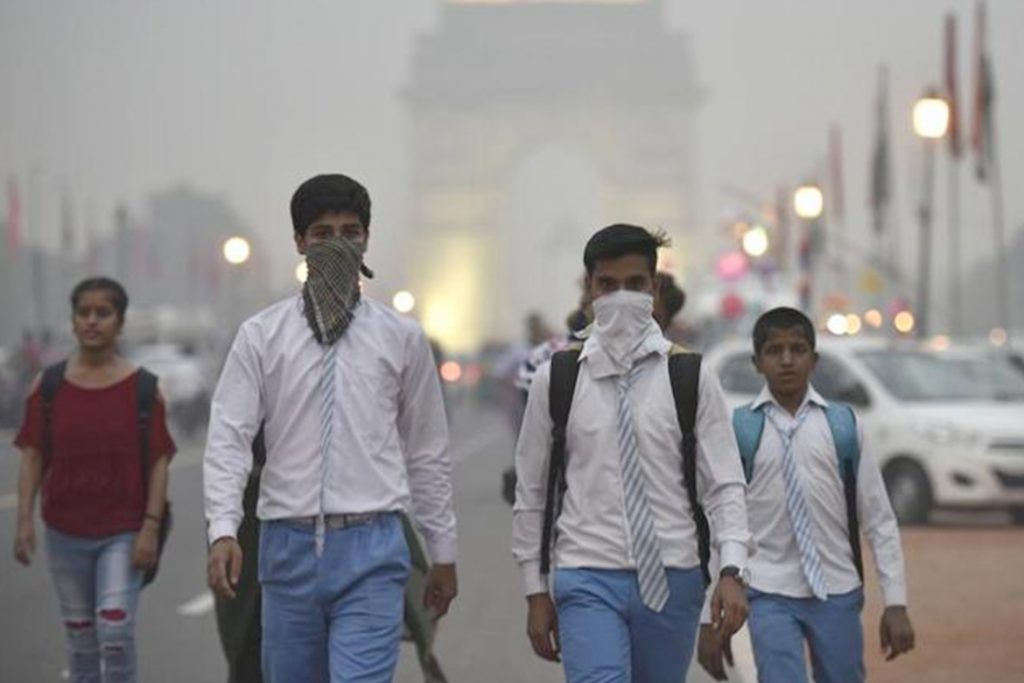 According to the Central Pollution control board data, Jahangirpuri was the most polluted area with an AQI of 311 and Ayanagar, least polluted with 98. Wazirpur was polluted with the AQI level of 465, Bhavan of 464, Rohini 454, Mundka 458, and Anand Vihar 458. NCR regions neighboring Ghaziabad recorded AQI of 256, Greater Noida 218, Noida to 227, and Gurgaon with 138 AQI have been recorded. Transport Level Wind Direction from the North West States especially Punjab and Haryana have increased the effect by 610. Many people violated the EPCA ban imposed on the firecrackers in the City. Stubble burning and transport-level winds are said to be the main factor in increasing air pollution in Delhi.

An AQI between 201 and 300 is considered poor, 301 to 400 very poor, and 400 to 500 Severe. Prevention and Control Authority Chairman Mr. Bhurelal said, that hot mixing plants, ready mix plants, and stone crushers were remained closed in Delhi and NCR. People from the Delhi NCR region were continued to breathe toxic air as the pollution level reached near the emergency zone. The quality of the air has deteriorated so much that schools were shut down. Children and adults were supposed to wear masks before leaving their houses. This often happens after Diwali that a pungent smoke lingered over Delhi NCR result from emissions of firecrackers, stubble burning, and unfavorable weather. This happens every year, which is a serious matter of concern. People and the supreme authority must take strict actions regarding this. Such kind of air quality is not good for anybody, special when it comes to children. Health-related issues are going higher. People nowadays are suffering from a lot of respiratory problems due to such deteriorating air quality.