Tight Internet Checking In The Offices Of Jammu And Kashmir

The top bureaucrats of Jammu and Kashmir state have given the guidelines to ensure that the line based internet is restored at the earliest for their office work, as the security agencies said that there will be online mobilization and anti-government protest against the center. Bureaucrats said, that there will be no encrypted files containing videos or photos should be uploaded. The Internet will be restricted to registered devices through their personal computers. All USB ports will be disabled so that there can be no misuse.
Authorities of the government have decided to provide internet access to the government offices that were blocked from the last 108 days. Sources stated that those departments who rely completely on the Internet access will be allowed to use it. There will be Limited internet services that will be provided to Srinagar Municipal Corporation, Health Department, Hospitals, Forest Department, Planning Department and Officers Of The Deputy Commissioners at the district level. The departmental heads of the government department said that there is a clear direction and there will be no social networking platforms, or permissions to generate proxies, VPNs and Wi-Fi connections. 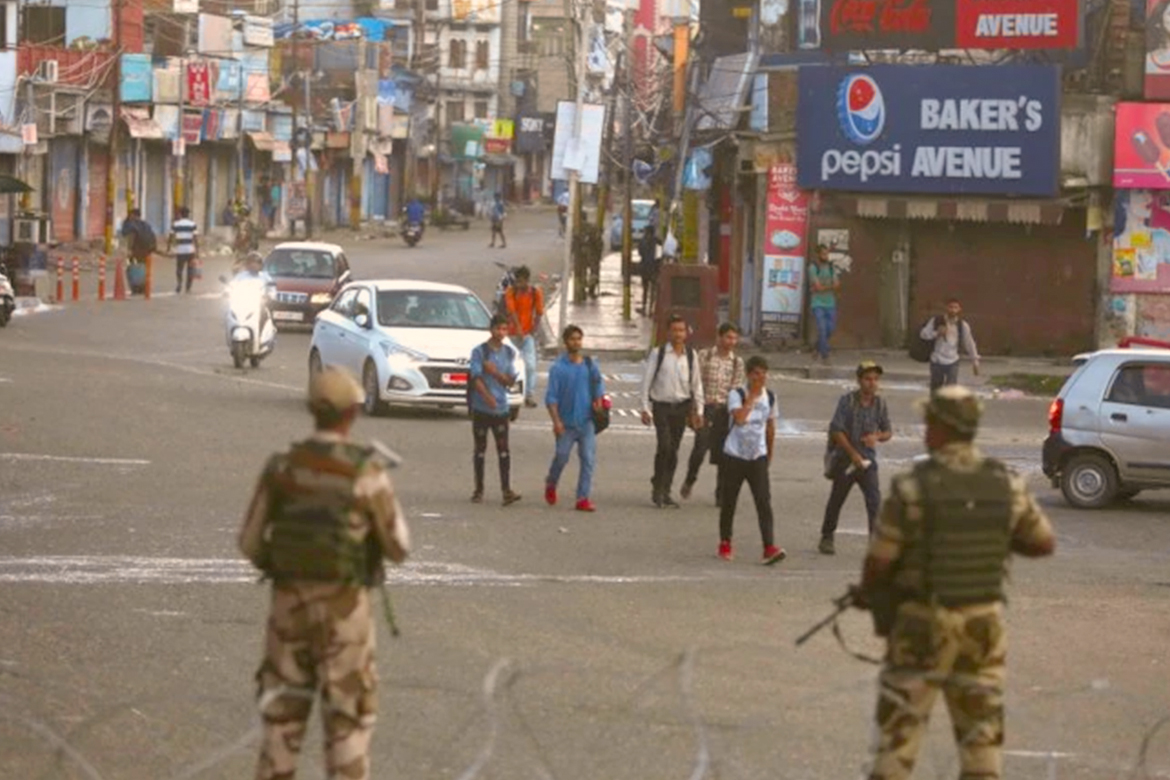 Most of the hospitals and Universities including Kashmir University and Islamic University of Science and Technology are working without internet services. Only a few of the FM stations have allowed to control the access of security. There is a report from the sources, that there is no timeline for restoring the services to 65 lakh mobile users. Around 26000 fixed-line internet connections may also take time to get restored. Police forces have taken all precautionary measures as mobile phone connections in Jammu and Kashmir will be restored by Monday from noon.
According to sources, there will be strict monitoring on haters and provisions will be done at a different location to avoid any unlawful gathering called to disturb law and order situation in the valley. After 2 months the mobile phone connections will be restored in the valley. Local police are keeping an eye over fake news and messages created for unlawful activities in the valley through their mobile phones are the most simple way for the haters to spread lies.

Tourists Are Welcome To The State

The government officials stated that after this step, tourist will be able to visit the state without feeling disabled by the lack of phone connectivity. Students can get in touch with their parents while attending schools and colleges, a businessman can get in touch with their customers, Transporters can get in touch with their clients and contractors get in touch with their staff. Phone connectivity in the valley was suspended by the central government as a precautionary measure. Under article 370 center has also divided the state into 2 Union Territories, Jammu and Kashmir and Ladakh, these Union Territories will come into existence from 31st October.
Mobile internet services were called off for 133 days, that was the longest period ever the internet access has been stopped in any state in the country. Before then these internet services were suspended in Darjeeling for 100 days. Despite being no communication services, data, internet, prepaid mobile services, SMS all these things were affecting the work of media in the Kashmir Valley. Some of the government officials say, it’s illegal and they cannot compromise on national security. Supreme Court and Government of India has to worry about the Pakistani network which is spreading terrorist activities in India. villagers can easily use Pakistani sim near the International border. Advocate Vrinda Grover says that the state has the power to put reasonable restrictions on the rights under Article 19, of protection for certain rights regarding freedom of speech. There was no communication in the valley from August 4th.