WBU Full Form And What Does It Stands For

If you are someone who learns English as a second language or someone just migrated to an English speaking country, you will feel hard to understand the contexts behind internet slang. WBU in its full form refers to What About You. This is a slang phrase and is often used while in text messaging or social media chatting.

How to use WBU properly?

Friends and colleagues spend a lot of time chatting through text messages. Sometimes we use slang words or short forms in order to save time and to avoid repetitions. One such most commonly used slang phrase is WBU – What About You. If you wonder in what context this phrase is used, you can find it now. This is often used by people in order to validate something after being said or asking for their opinions in a particular matter of discussion. Other than WBU, you can also find people using the HBU term more often. HBU stands for How About You.

This phrase ‘What About You’ can be used in many forms and occasions. Some of the occasions include asking for their habits, talking about their ideas and much more. For the explanatory purpose we are using the internet slang in full capital letters. But this is not the case when it comes to reality. People use only WBU in lowercase (wbu or Wbu) as it is easy to type and send instantly. Also, using all caps is considered inappropriate and disrespectful.

These days people are even using wbu in a hashtags on different social media platforms.

Beautycon is a page on an instagram uploded a image and wrote “We’re always on the go, today we’re doing our makeup in the Uber. #WBU”. 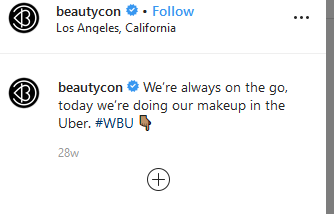 One user named Shanemosleyjr uploaded a image of his boxing training and captioned it with “Working on being great… and always preparing for the next thing! So, don’t sweat the technique! ” 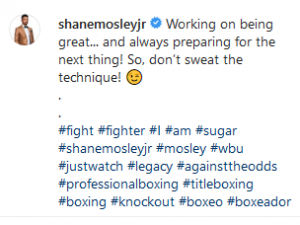 This slang phrase is used at the end of the sentence and often considered as small talk or even a conversation starter. For instance, when you list all the movies that you watched in the year 2019 and end the sentence with HBU or WBU, it acts as a perfect invite for someone to participate in the conversation.

Like, one twitter user Qamar took a screenshot of the song which he was listening and twitted it by writing “Listening right  now.   #WBU” 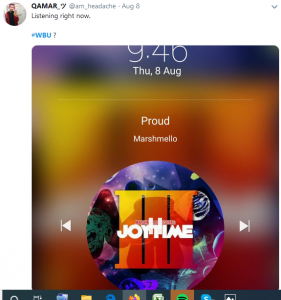 It is advisable to use slang in their actual context after understanding it completely. Also, it is advisable not to overuse it thinking it may sound cool. Search and try to learn as many slang as possible in order to embarrassments among your peers and friends especially when you are relatively new to the language and culture.

Also Read:TBT- full Form And What Exactly It Means

We Are In Early Stages Of the Third...